So why is candida so hard to get rid of?

Candida fungi can mutate to become immune to both anti-fungal herbs as well as anti-fungal drugs. The more complex the anti-fungal herb or drug is, the easier Candida can mutate, rendering them no longer effective. Initially, the drug may kill a good portion of the candida, but this leaves an empty space which candida likes to rapidly refill.*

But something else happens too. Actually, two things. 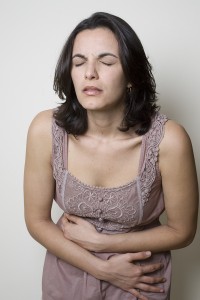 Every time anti-fungal herbs are taken, the yeast will go dormant to survive, burrowing deeply into the tissues where the drugs or herbs can’t reach — remember, they don’t need an oxygen supply in which to live. They can also go dormant and “hide” to avoid an activated immune system response.*

So, initially, after taking high doses of nystatin or herbs, it may seem as though your candida infection is gone — when, in reality, it is not. Even if your blood can become free of candida, there will be candida hiding in tissues throughout your body. And candida sometimes will have formed dense masses which can’t be penetrated by these herbs.*

Secondly, when you attack candida, it is stimulated to release spores. The production of candida spores is how fungi and mold reproduce. Candida tend to fight back when they are being attacked, assuring their survival by releasing spores, which can lodge anywhere in the body, awaiting just the right conditions to reactivate. They remain “dormant” so long as they sense the immune cells trying to attack. As spores, they tend to attract only a minor response from the immune system, dragging out the condition for years.*

The typical scenario: You go on a strict candida diet and take lots of probiotics, boosting the immune system and noticing symptoms clearing up (though still plagued with food allergies.) Eventually, you stop taking your anti-candida supplements or drugs, go off the diet, and boom, in a relatively short while, your candida infection has returned.*