Use Toxin Elimination Elixir To Send Toxins Out Of Your Body

The second most significant action in the battle against candida is to detoxify your cells of all the candida toxins that are stored away in them.

The damage candida fungi cause comes from their continuous production of toxins. At first, these toxins aren’t much of a problem because you liver detoxifies and removes most of them from your body. But eventually, your liver wears down and can’t eliminate them anymore, so they get recycled and stored in your cells.*

If you don’t deal with your candida, at some point this will happen, and these stored up toxins can cause many problems.

Candida toxins can damage energy production in your cells, make your body too acidic, reduce the amount of oxygen your cells and blood can hold, cause inflammation and pain, anxiety and depression. They can even interfere with heart function, causing a too-rapid heartbeat. Or set the stage for the development of cancer.*

Candida overgrowth in the brain can lead to memory loss, dementia, even Alzheimer’s as you age.* The first sign of this may be the typical “foggy head” so many people with candida overgrowth report having.

If you are lucky, you may not have any of these symptoms. Right now. Your liver may be handling these toxins. But at some point, as you age and your immune system weakens, if you ignore this issue, the amount of candida in your body is likely to increase. When this happens, at some point the toxins they produce will be more than your liver can handle. Symptoms will develop.*

Toxin buildup primarily occurs because the phase 2 detoxification pathway enzymes in the liver that remove candida toxins from the body get used up by the continuous stream of these toxins coming to the liver daily*.

Even worse, candida toxins often damage the genes in your liver that turn on production of these phase 2 pathway enzymes. This gene damage prevents your liver from producing adequate amounts of these enzymes.*

Once this happens, candida toxins and other toxins you are exposed to will not be eliminated by your liver. Instead, they get recycled into the bloodstream, and because your blood must be kept pure, the toxins are pushed into your cells to get them out of the blood.*

Just When You Think It Can’t Get Worse…

You finally figure out that it’s candida overgrowth causing your problems, and you start killing candida. Toxins inside the candida are released when they are killed, flooding your body with their toxins. You feel worse than ever because your liver can’t handle these toxins. They stay in your body. Poisoning you.

So you decide to detoxify first, but you again feel worse than before. This time your cells notice that there are fewer toxins in your body so they start releasing some of the toxins in them. Because of this, you have even more toxins in circulation than before, making you feel sick.

This process can happen even when you get rid of candida without killing them, using CandXpel, which doesn’t cause die off. The candida leaves your body taking their toxins with them. That’s great.

But there are fewer toxins because, with less candida, not as many toxins are being produced. So again, your cells release stored up toxins. And all of a sudden you have more toxins in the blood than before, with nowhere to go and nothing to do but cause trouble.

It’s worse, of course, when you kill candida and get die-off toxins flooding your body. Still, neither way is fun.

Something similar happens when you support your liver. Once it works better and begins to remove toxins, your cells notice there are fewer toxins around them. So they release the toxins in them which quickly maxes out your liver.*

As a consequence, folks who are very sensitive because their body is already full of toxins, and their liver hasn’t been working well for a long time, have a very hard time of it.

These folks can’t detoxify without feeling lousy and wiped out. They can’t get rid of candida for the same reason. They can’t even support the liver effectively.

I hope you aren’t at this place. That your liver works okay. That between what it does, and your body sticking toxins in cells to get them out of the way, you can muddle along. It will be easier for you to deal with candida. And you must deal with it.

Fortunately, it seems we may have finally developed a way to get around this. A way that helps folks with extreme sensitivities, or to give a superior way to support detoxification when your situation is not so bad.

The Solution Is Toxin Elimination Elixir. 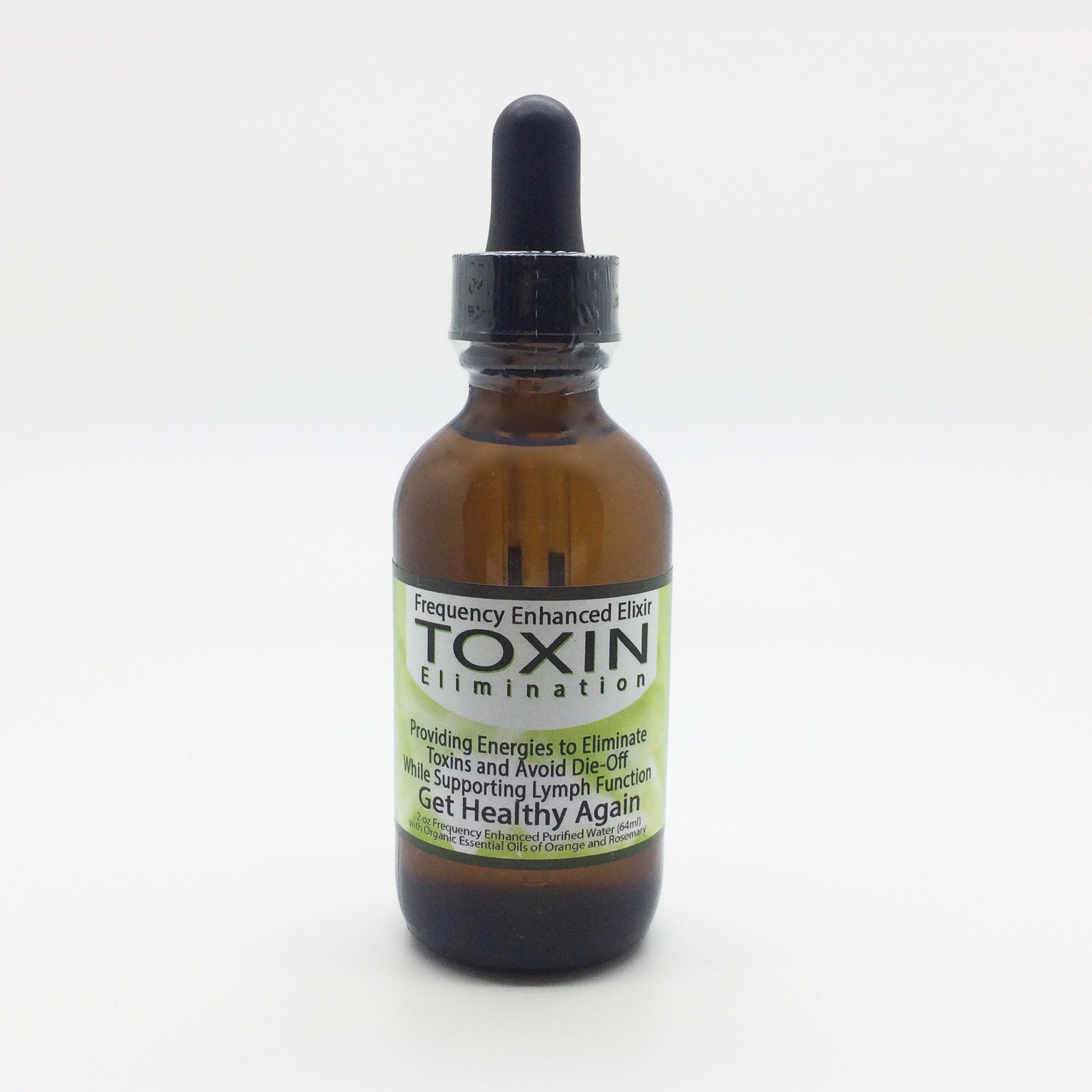 Toxin Elimination Elixir activates a unique detoxification method. The lymph system is told to grab hold of toxins, and take them to the large intestine or the skin to be eliminated.

This action bypasses the liver detoxification blockage, significantly improving the removal of toxins from the body. We have not seen a better toxin removal process. Toxin Elimination Elixir is proving to work exceptionally well.*

When your cells release toxins, or when candida die-off happens, your skin and colon wall can remove many more toxins than a poorly functioning liver can. They don’t get maxed out like the liver does.*

Using Toxin Elimination Elixir may speed up the removal of toxins from the body, while at the same time preventing or reducing detoxification symptoms because the detoxification process doesn’t get slowed down or stopped by a poorly functioning liver.*

Early users are reporting just this.

Catherine G. was experiencing extreme die off symptoms, then she added in Toxin Elimination Elixir….*

On November 27th she wrote: “After taking these for a couple of months, I am unable to take more than 6 drops of the CandXpel a day (She was needing to work up to using 30 drops twice a day.) and the equivalent of 1 scoop of PapayaPro. I have tried several times to take the Proteolytic Boost, but systems become so bad, I have to stop after two days.”

We recommended she add in Toxin Elimination Elixir.

On December 2nd she emailed, “FYI: I got the Toxin Elimination Elixir yesterday and took three drops last night and 6 this morning…. Could just be wishful thinking, but I do feel better today. I’ll let you know how it works….  Thanks for the recommendation.”

On December 5th she writes, “Here’s an update on the Toxin Elimination Elixir – What a difference! I started with a low dose – and went to a full dose. (It’s the only thing I can do the full dose on so far). Tried the Boost last night – 3 drops, which I couldn’t tolerate at all the other two times I tried. No problems. This morning, I did another three drops – and having no problems – so this is a winner so far.”

On January 30th she updated us again. “The Toxin Elimination Elixir is working great and I am now up to the minimum dosage on all the products.”

Bernadette F. is typical of many who suffer from extensive candida overgrowth. After she added Toxin Elimination Elixir to her candida-battle regimen, here’s what happened…*

Everything she was using was causing severe symptoms. Even when she stopped taking them, waited a few days, and started on CandXpel, she couldn’t take more than a couple of drops without experiencing severe side effects.

On February 12th she wrote, “I’ve been so weakened by so many things in the last 6 months and this….incident really laid me out..…  I will not start back right away on it….  I believe it would be a huge mistake to try again so soon–I’m very weary and I’m tired of feeling fatigued.  I’ll try again probably in April and should be in much better shape.””

Then she said she had started taking Toxin Elimination Elixir (TEE) that weekend.

The next day, on the 13th she emailed “Well, the TEE did help this weekend.  My body was in such pain and now I’m much better that way.  My left foot was swollen and that is down.  And the bed covers were bothering my legs–that’s how sore my body was, but much better now.  I took the TEE on sat and sun.”

Marc L. tells how Toxin Elimination Elixir helped him with his symptoms.

“Thank you so much for creating and suggesting to me to take Toxin Elimination Elixir!! It has been such a great help. I have had health issues related to candida overgrowth, so I had to take CandXpel to lessen the amount of candida I have. Unfortunately, I could not take the recommended dose of CandXpel, because it would cause too many toxins to be released when candida was expelled, creating symptoms.

“Also, I used to get annoying side effects/symptoms from my strenuous hiking, but now, these symptoms have disappeared! It is incredible how these remedies have improved my ability to participate in my hobbies and favorite activities without suffering from symptoms. These remedies have allowed me to enjoy my life so much more. Thank you very much for all the work you undertook to develop these remedies!”*

You don’t know how long we’ve tried to find something that could help people with severe die off or detoxification symptoms. Nothing worked great when it came to helping folks with severe detox symptoms.

Toxin Elimination Elixir does. The detoxification process it initiates seems to be able to remove toxins fast enough that it can keep up with the toxins being released by your cells.*

This is a breakthrough. When used with CandXpel, Toxin Elimination Elixir will enable everyone to be able to vigorously and more efficiently fight their candida while also getting those bad boy toxins out of the body.*

If you have candida overgrowth, even if you are handling toxins fairly well, your body is still putting toxins in cells to get them out of circulation. Candida produce too many toxins for the liver to be able to handle all of them. So your body is filling with toxins, even if it seems as if you are doing okay.

In this day and age, with the vast amount of toxins we are exposed to, everyone needs to detoxify. Nothing can help you to detoxify more thoroughly and deeply than Toxin Elimination Elixir.*

Use it in combination with CandXpel for an efficient way to deal with candida overgrowth and its toxins. These two elixirs can help you win your battle against candida, and get healthy again.

Work up to using two bottles a month if possible, but even a bottle a month can work, just more slowly.

Get both at a savings with the Double-Punch Combo of these two elixirs.

Next up, how to additionally fight candida, reduce the number of toxins the candida in you produce, and at the same time avoid having to go on that dreaded candida diet!