CandXpel is a frequency enhanced elixir that gives you a unique and powerful way to deal with candida overgrowth.

CandXpel delivers a set of frequencies to the body designed to irritate Candida, mold and and any other  fungi in order to stimulate them to leave the body. It also tells the immune system to carry candida, mold, any other fungi, and their spores, out of the body.* 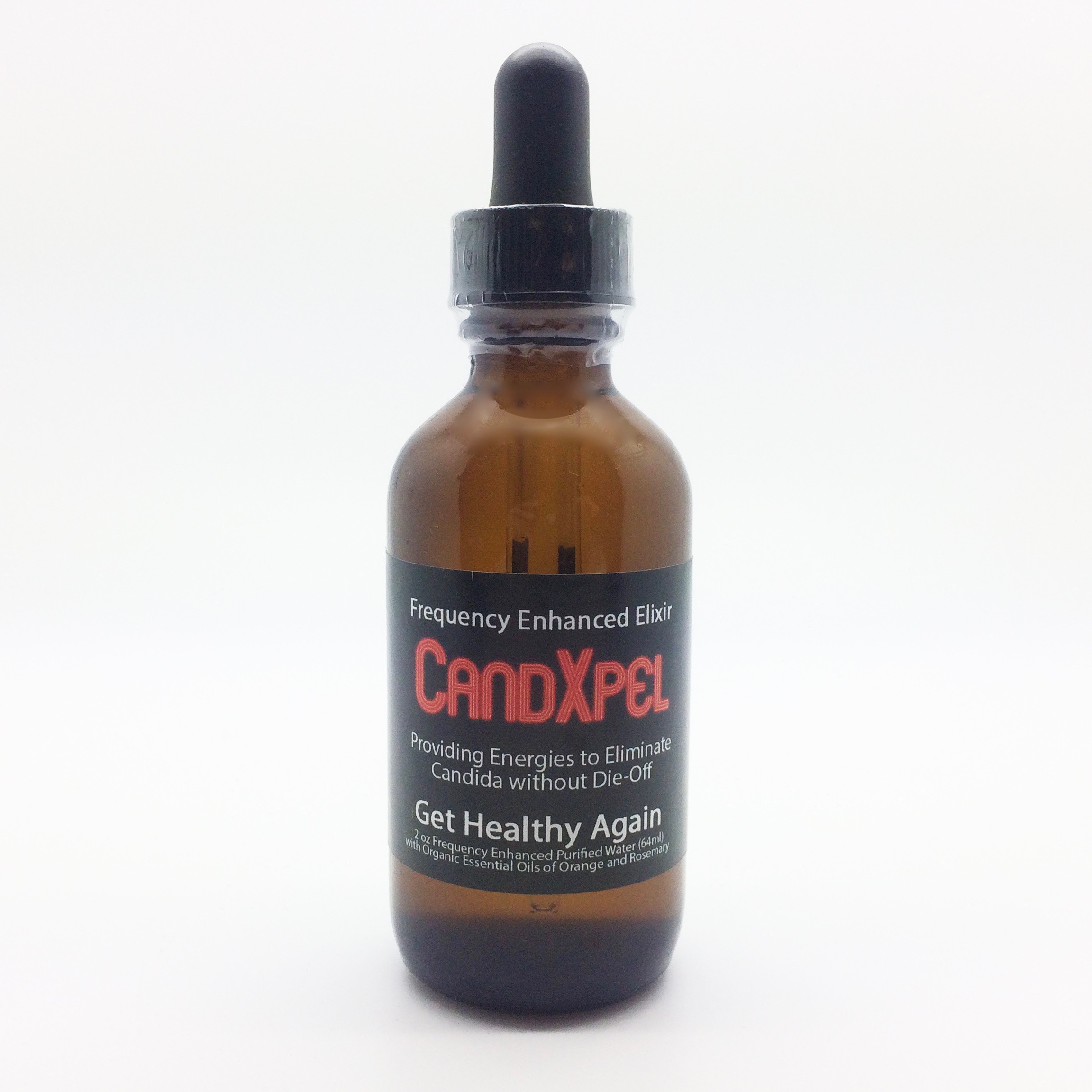 Because this action deals with candida without killing it, die-off symptoms may be reduced. Die-off comes from toxins that are released by Candida,  mold or fungi when they have been killed.

With CandXpel, candida overgrowth may be safely reduced without overloading the liver and the detoxification systems. The body may heal faster and become healthier in a shorter time frame.*

Instructions stimulate the removal of candida through the digestive tract to pass out through the colon, or be filtered out of the blood by the kidneys. Thus the liver may not have to work hard processing dead candida and their toxins. This may take a load off the liver.*

CandXpel has been working so well it became our top supplement for both people who are hyper=sensitive and for people who aren’t. For everyone suffering from candida overgrowth.

“I feel great! I feel like a million bucks! Everything: My energy level, my mental clarity – I grew up in a house where we read a lot. I’m in my 60s now, but lately when I try to read, I start to nod off in a few minutes. With CandXpel, I’m reading like I did when I was 15-20 years old – I’m alert and awake the whole time. And I feel so much better when I eat now. Every time I used to eat [before starting on CandXpel], I would blow up to the size of my house, and I have very big house! Now I feel great after I eat. Whatever’s in this stuff, I just want people to know that it works!”* -Elizabeth C., Dorchester, MA

You may need to use CandXpel for 6 months at the 2 bottle a month dose, and then another 6 months at a bottle a month dose, or longer, to truly deal with all your candida. This may seem like a long time, but if you stop too soon the candida that’s left in your body recolonizes it. Candida is hidden deep in your body and is so tough, you just don’t get rid of it fast. Not even when you are using CandXpel, which deals with the spores and candida outside the circulatory system.*

CandXpel comes in a 2-ounce dropper bottle. Typically use 2 bottles a month for an adult.