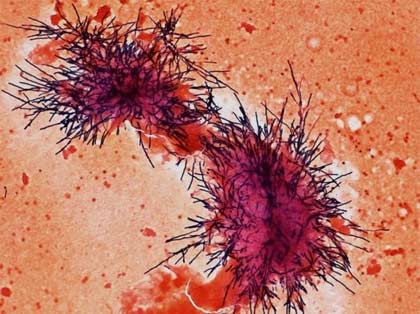 CandXpel is an elixir energized with a set of frequencies that irritate candida, other fungi and molds so much that they are stimulated to move out of their hiding places and leave the body to escape these frequencies.*

Your immune system can’t knock out candida. They are experts at hiding, and even when identified by the immune system, they are tough and not easily killed. CandXpel gets around this by telling the immune system to grab hold of candida and its spores and to escort them out of the body.*

These actions have significant advantages over candida killers because…

The approach most people use to deal with candida, aside from the diet, is to kill it — to attack it with anti-fungal herbs and drugs, essential oils, baking soda, enzymes, probiotics, chitin inhibitors and more.

At first glance, this seems to make sense and, indeed, it was our original approach, too. In fact, we developed two of the very best candida killers on the market – CandElim and CandiClear5.

When you kill candida, the toxins stored inside it get released inside your body, causing die-off symptoms.

These symptoms can be severe — feeling ill, fatigue, foggy head, digestive upset, rashes, allergic type responses and more. They occur because your detoxification system is wiped out by years of candida overgrowth and can’t handle the additional toxins released by the dead candida.*

I’ve talked to many people who are so wiped out by candida overgrowth (and the die-off that occurs when trying to kill it) that they can’t work, they can’t fight it, but instead, lie around the house sick and miserable.

After hearing from many people suffering from severe die-off, we developed CandXpel.

CandXpel reduces die-off because it doesn’t kill candida, but instead expels it from the body along with any associated toxins.*

CandXpel sends candida out of your body.

Your immune system is instructed to grab hold of candida cells and to carry them out of the body alive. Because they haven’t been killed, their toxins are not released into your body.*

Liz Cirreli, took the time to write about her experience using two bottles a month of CandXpel:*

“I’m absolutely loving CandXpel…slowly but surely it feels like my body is reclaiming itself back from the clutches of candida. I can feel the balance being restored to all of my systems – and in particular my digestive systems feels a lot stronger and healthier. I used to suffer from constipation a lot before taking CandXpel. After 2 months of taking it, I’m now moving like clockwork! I feel much more full of vitality – and there have been no die-off effects at all.

“Since taking CandXpel I’ve also noticed a marked improvement in mental clarity and focus – it literally feels as if a very thick and long-standing fog is finally lifting…and the view really is quite something without it! A truly genius product – thank you so much.”

The Key To Success: CandXpel Works On Spores

Fungal spores can’t be killed by herbs, anti-fungal therapies or drugs, enzymes, probiotics, or chitin inhibitors. All of these popular anti-candida remedies allow spores to remain in your body, ready to bloom and reinfect you with candida once you’ve let up on the diet and anti-fungal therapies.*

If you don’t get rid of those spores, your candida is guaranteed to come back sooner or later — usually sooner.

With CandXpel, there is no place for these nasty fungi and their spores to hide. Its energies go everywhere in your body. CandXpel tells the immune system to identify and grab hold of fungal spores and to transport them out of the body.*

CandXpel also has frequencies encoded in it that kill spores. The hard coating of the spore can’t protect it from these energies. The vibrations get into the spores to disrupt and kill them.*

CandXpel is simple and effective. 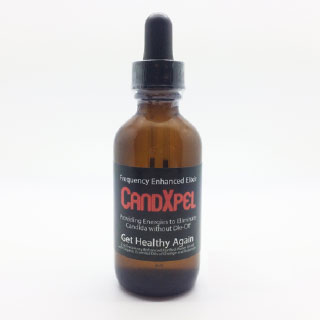 Tired of the endless merry-go-round of antifungals? Candida diet making you feel like you’re wasting away? Can’t bear the thought that, despite countless hours researching online and thousands of dollars spent on anti-candida drugs and supplements, your candida could return as soon as you think you’ve got it beat? Break the cycle with CandXpel, and move forward with your life.

If you are just starting your battle against candida, don’t go down an impossible-to-win path of using supplements or medications that can’t deal with spores or candida hiding outside the circulatory system. You’re setting yourself up for failure with these options.

CandXpel does not have these flaws that doom you to failure. Instead, the energetic frequencies in CandXpel work on candida throughout the body. There is no place candida can hide from these frequencies like they hide from herbal and other anti-fungal therapies.*

CandXpel instructs the immune system to remove fungal spores from the body and contains frequencies that kill spores too.

CandXpel causes much less stress to your body because it sends the toxins inside the candida out of your body along with the candida.

CandXpel is so safe that babies can use it – Just a drop or two a day is enough. And powerful enough for adults too.  Work up to using two bottles a month for four months, and a bottle a month for at least another six months after that. (You can use a bottle a month dose the whole time, it will just take a bit longer to accomplish your goals.)

Be aware that it always takes at least a year to truly deal with candida overgrowth. There is no way around this. You need to stick with it, because if you stop too soon before the candida and spores are all removed, what’s left in your body will grow back.

You can start your battle against candida using only CandXpel – It is that powerful.

But there’s more to the story of what candida does to your body, and what you need to do to get healthy.

On the next page, I’m going to tell you about an elixir that is dealing with the major issue of removing candida toxins from your body so that they stop poisoning you.

Click Here to order CandXpel, or click the Next button to learn why you need Toxin Elimination Elixir,

FYI, we are offering a Triple-Punch Combo, so you get a discount on all the basics you need to win your battle against candida.